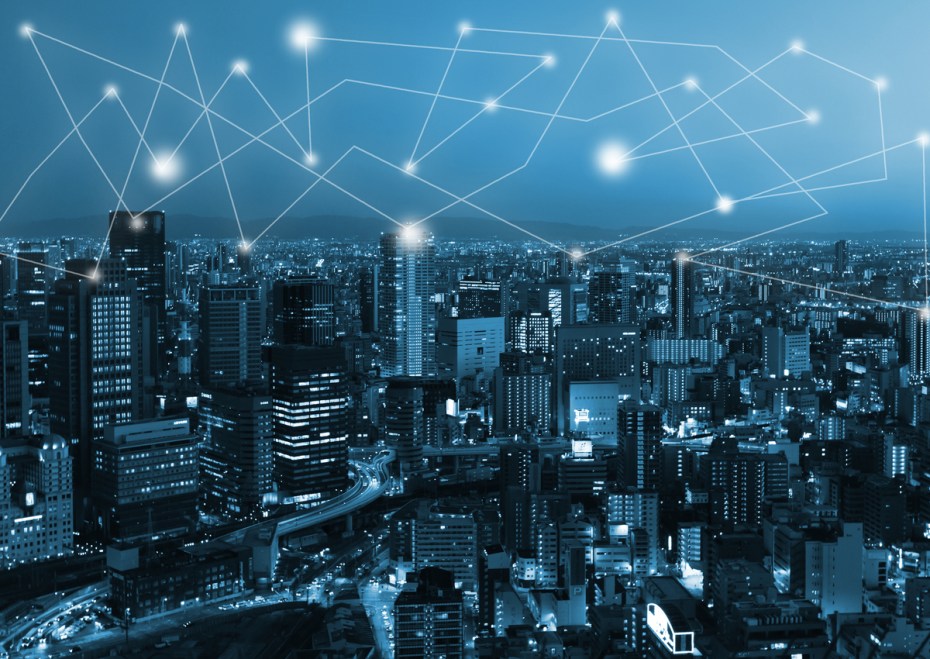 The blockchain technology market is projected to see a 61.5 percent compound annual growth rate through 2021 according to MarketWatch. And we’re seeing companies from across the spectrum — from finance, logistics, and manufacturing to research, computing, and insurance — looking to roll out blockchain projects. But what, exactly, is the appeal of this technology?

In general, there seem to be three driving factors:

1. Gartner’s prophesied digital mesh — the increased blending of people, devices, content, and services — grows more corporeal daily. The way people interact with businesses is evolving, as is the way businesses interact with each other. This blurring of traditional modes of communication and exchange is driven by digitalization and necessitates new business processes and models to cope with an increasingly connected world. Blockchain technology addresses these changes.

2. The new business models required to support this digital mesh are increasingly being built around decentralized networks. Third-party intermediaries and old B2B exchanges that reduce speed and agility don’t apply anymore. We’ve been consistently moving away from central clearinghouses, as partnerships and collaborative engagements at every level become more direct and peer-to-peer. Blockchain technology addresses these changes.

3. Peer-to-peer transactions still require security. There is a need for new technical capabilities to support security and integrity for decentralized networks, and to do so persistently. Blockchain technology addresses these changes.

If you’re not already familiar with the blockchain model, this section’s for you. Broadly, blockchain works by consensus and may optionally include smart contracts (code within the network). There is no central authority or data store, and the chain is distributed across a peer-to-peer network of nodes and participants. During processing, transactions are added to a “block.” The block is replicated to all the participants that need to validate the transactions. The validated block is then added to the “chain.” The chain is key to the system’s value. Any block will contain a reference to its preceding block via a cryptographic hash. If anyone surreptitiously manipulates the content in a block, that hash will no longer be valid. This creates a kind of append-only data structure and tamper-proof audit log. In many ways, blockchain may be thought of as a decentralized data management platform and asynchronous, global publishing layer that provides:

Blockchains don’t work for all use cases

There are many use cases for blockchain in the enterprise: securely managing product provenance (the journey of an asset from raw material to manufactured goods), consumer contracts (insurance claims, real-estate transactions, utilities), and transaction exchanges (financial, health, energy, government). But blockchain isn’t appropriate for everything.

For some blockchain applications, significant questions still need to be resolved, including:

In short, there are bidirectional interactions and integration points between enterprise systems and a blockchain to consider. A map of which might look like this:

When you need a blockchain — and when you don’t

Tools and technologies are emerging and being extended to help introduce blockchain into a larger operational fold. But even with an appropriate integration strategy, not every problem requires a blockchain! Here are some issues to consider:

While it isn’t magic and it doesn’t suit every use case, blockchain does present an interesting model for trusted exchange and collaboration in our increasingly networked and digitized world. The only sure way to determine if it is applicable to your organization’s needs is to experiment with it yourself.

Nelson Petracek is CTO of the Strategic Enablement Group at TIBCO Software.

Bitcoin wallet startup Blockchain is today launching an option for users to create ethereum software wallets, a move that marks the first time the startup has integrated a new cryptocurrency since it launched in 2011.

Announced today, the launch also coincides with a new partnership with cryptocurrency exchange service ShapeShift that will enable users to transition funds between their bitcoin and ethereum wallets, without first needing to send funds to a centralized service.

But while Blockchain executives largely kept the focus on how this would enable retail users to continue to experiment with cryptocurrencies, in comments, they also hinted at the possible business applications that could be available should the service.

“As popularity of ethereum has grown, so has the desire from our customers to have the option to manage multiple digital assets within their blockchain wallets. We are thrilled to introduce this new functionality to our community and will continue to find ways to make interacting with digital assets even easier.”

Elsewhere, the company said it is open to offering other services to ethereum users, hinting its data tools could soon see an overhaul. Also mentioned was the possibility that a software wallet could be available to business users.

The company said its release today is not designed for developers or companies.

Nonetheless, such advancements could be propelled forward by new funding. Blockchain recently raised $40 million in a Series B funding round, drawing from a group of investors that included billionaire Richard Branson. The startup has raised more than $70 million to date in venture funding, according to CoinDesk data.

Other services have moved to integrate ether in recent days, including cryptocurrency exchange Bitstamp and Falcon Private Bank, a Swiss-based private bank that added support for ether just over a month after it first began offering bitcoin services.

Disclosure: CoinDesk is a subsidiary of Digital Currency Group, which has an ownership stake in Blockchain and ShapeShift.

Does blockchain mean boom or bust for existing B2B networks? On one hand, blockchain — a series of open and global distributed ledgers — promises to smooth and validate the interactions that take place between organizations and their customers, partners and suppliers. On the other, blockchain’s value proposition is that it takes out the middlemen in transactions, enabling more autonomous type of engagements. 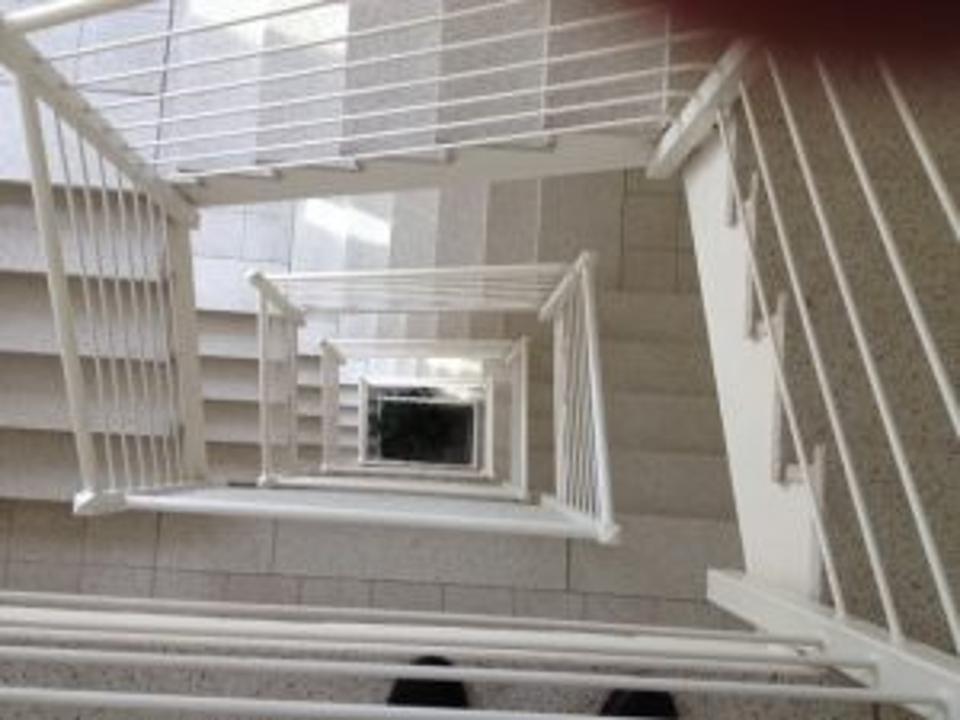 As the dot-com boom crested a couple of decades back, we saw a plethora of online B2B exchanges emerge across key industries, promising electronically delivered communications and trading between hubs, suppliers, customers and other involved parties. Some of these key exchanges have become prominent players within their industries.

Now, blockchain is entering the enterprise mainstream. Recently, some major tech players including Microsoft and Intel have come together to form what they call the “Coco Framework,” which offers enterprises the performance, confidentiality, governance, and required processing power they would seek before trusting their assets and data to an unseen, commonly shared platform.

Blockchain promises to eliminate the middlemen in transactions, thanks to its transparent and immutable “smart contracts” embedded within its worldwide code. I recently had the opportunity to sit down with Marco De Vries, senior director of product marketing for the OpenText Business Network, which now oversees such longstanding industry B2B networks as Covisint and ANX. For his part, De Vries does not see blockchain as a threat to existing B2B networks, just as previous technology revolutions such as XML have often resulted in more complexity, not less. “We’ve seen the stories of the end of EDI and B2B for a long time,” he points out. “Even if blockchain takes off, for certain industries, it probably isn’t right for every part of the supply chain,” De Vries. “Many predicted AS2 standards would replace B2B networks. What we found with AS2 standards is that organizations actually faced more and more complexity. It’s difficult to keep up with all the changes. There are 50 different XML standards, and if I’m in a lot of different industries, how am I going to keep track? I can’t foresee the world managing their own blockchains.”

Blockchains can’t exist entirely in some virtual space, De Vries says. “Even with blockchain, we need to understand where systems of record reside,” he says. “It still has to be hosted somewhere. If you want to send an order, if you want to kick off an alert, how is that done? I can’t honestly see the world with its own blocks — there will be millions, billions of them. And securing them is another matter.”

At the same time, blockchain offers potential for easing and speeding up transactions between trading partners. “It certainly enhances the traceability of high-value items or highly regulated items such as meat, poultry and pharmaceuticals.” While the first application of blockchain has been digital money, “the physical supply chain takes it to a different level,” he continues. “If I’m in retail and I order high-value china — easily breakable stuff – with the Internet of Things, it becomes more relevant, with demand signals along the supply chain, with impact sensors, for example, in different providers, trucks, trains boats. Or, in another example if a certain item has to be kept at a certain temperature, it’s about monitoring the conditions of goods as they move through the supply chain.” In current chains of custody for spoiled goods, “you really don’t have insight to what happened along the way,” he adds.

Corporate supply chain executives are seeing the possibilities in blockchain. A recent survey of 42 supply chain managers from Chain Business Insights finds that 43% intend to introduce blockchain into their supply chains over the coming year, and another 20% within the next two years.  Advantages seen include improving supply chain visibility and transparency (cited by 46%), while 24% see potential to reduce transaction costs. 80% of respondents indicate that blockchain will play a role in tracking products moving through the supply chain. Another 60% see it as a way to share information with suppliers. A similar number see it as a way to share payment information such as purchase orders.

Adoption hurdles include lack of awareness and understanding, cited by 28%, along with lack of standards an interoperability concerns, also cited by 28%. “There is still a long way to go before the technology gains widespread acceptance,” said Sherree DeCovny, co-founder and principal of Chain Business Insights. “Still, key capabilities such as product tracing and verifying product chain of custody will likely drive to higher levels of awareness in the near to medium term.”

(Disclosure: I was a guest at the recent Enterprise World conference hosted by Open Text, mentioned in this post.)

I track how technology innovations move markets and careers

Opinions expressed by Forbes Contributors are their own.

Are we toward a sharp swing this week? The rare event that hasn’t happened in 90 years

After two weeks of busy events, the trading week on Wall Street is expected to open today will be relatively calm, after the reporting season is almost completely behind us.
Two major players will continue to employ investors this week.
The first factor is the political uncertainty in the US administration, which continues to supply headlines at a dizzying pace.
The second factor is the recent turmoil in the foreign exchange markets, mainly on the European exchanges.

In the past 90 years there hasn’t been such a long sequence of ranging in such a narrow range, that is, the current stagnation is unprecedented.
This increases the likelihood of very sharp move soon.

Short positions on the VIX index, known as the Fear Index, which measures the standard deviations on the index’s shares, are at the all-time high at the beginning of the week, according to the weekly CFTC report.
A combination of these data increases the likelihood of a sharp movement in the near future.

The trading on Wall Street ended yesterday with a mixed trend.

The Dow Jones Industrial Average rose above the psychological level of 22,000 points, a level that kept it up until the end of trading, this is mainly due to Apple’s report of a 12% rise in net profit to $ 8.72 billion, and revenue rose 7.2% to $ 45.41 billion.
The company overtook its profit forecasts and reached the forecast range of revenues.
The company sold 41 million iPhones in the quarter, in line with expectations.

In China, the services sector PMI fell to 51.5 points in July, below expectations

US private consumption rose in June by the most moderate pace in five months, and inflation remained below the Fed’s target, according to data released by the US Department of Commerce.
The Manufacturing Activity Index retreated to 56.3 points in July from 57.8 in June. The ISM study US construction spending fell in June by 1.3%.